Genoa is a province in Italy that is part of the Liguria region. The capital of the province is Genoa.

The province has a large number of mountain ranges with high peaks, the largest of which is Majoraska. There are also several large nature reserves and parks here.
Genoa was founded by King Victor Emmanuel II of Savoy.
Agriculture is best developed in the province: the cultivation of apricots, olives, peaches, lemons and, of course, grapes. The largest industrial centers are located near the regional center - Genoa.

When visiting Genoa, you must definitely do:
• Visit the famous Genoese port and see the old La Lanterna lighthouse;
• Taste great pasta with delicious genovese sauce, prepared in one of the old proven restaurants in the province;
• Visit the Spinola di Pellicceria palace and see yourself reflected in 1000 mirrors;
• Visit the museum-submarine "Nadzario Sauro".
An important part of the city is Garibaldi Street, which is one of the most famous in the entire country. Nevertheless, a similar street name can be found in almost any town in Italy. In the sixth century AD, the province was home to the most titled nobility of the area.
Property for sale: houses, apartments, villas in Genoa, Liguria region Italy 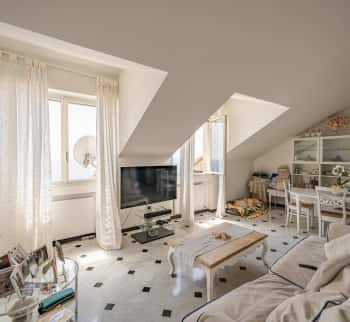