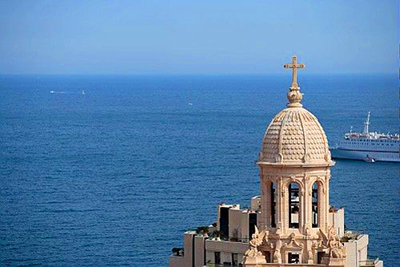 Beausoleil is a cozy small town located on the coast of France, on the border with the Principality of Monaco, a short walk from Monte Carlo. This is a city among the city and mountains - one of the most extraordinary places on earth. Beausoleil is located on the slope of a natural giant semicircular amphitheater formed by a mountain and a bay.

It hangs over Monte Carlo like an eagle's nest. It seems that the skyscrapers of the casino, located under it, want to reach the ancient streets of the city. The most stunning view of the Cote d'Azur opens from the highest points of the city. There is little that can compare with this place in terms of the strength of the impression and the beauty of the panoramic views!

As a separate municipality, Beausoleil appeared on the map of modern France relatively recently in 1904, but it keeps ancient centuries-old traditions. Once there was a village of shepherds here, but the convenient location and excellent visibility made it possible to turn a small village into an observation outpost. Narrow streets, preserved traces of the Roman heritage.

They give a picturesque view to the whole village, and rising steeply uphill, they are lost in the midst of numerous flowering gardens. Beausoleil is rightfully proud of its magnificent Belle Epoque (beautiful era, late 19th-early 20th century) villas, The Riviera Palace and a unique market under a glass dome are also located here. The famous Eiffel company participated in the construction of these unique architectural structures. Residents of Beausoleil have a great opportunity to be in the thick of things, but look at everything from afar. Here you can take a break from the hustle and bustle, but going downstairs you are transported to another country and another world.

Beausoleil lives under the influence of his active neighbour, and participates in the cultural and sporting events of the Principality of Monaco. The World Grand Prix, the circus festival, the opening of the tennis tournament, all these important events of Monte Carlo are held under the watchful eye of the city's inhabitants. And the annual September yacht show in Monaco, which presents the most expensive and exclusive yachts in the world, looks fantastic from Beausoleil. Deciding to buy real estate in Beausoleil on the Cote d'Azur, you can find both detached houses and villas, as well as apartments or apartments in residential complexes.

The choice is wide enough and allows you to choose the accommodation that will suit your taste and will not deceive your expectations. Real estate in Beausoleil will serve as an excellent acquisition for those who dream of living in a beautiful, calm and comfortable place. 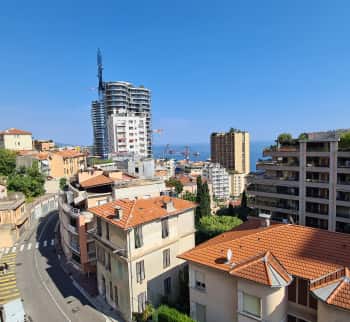 One bedroom apartment in Beausoleil with sea views

Apartment in Beausoleil for sale One-bedroom apartment for sale in Beausoleil with panoramic views of the sea and Monaco. Apartment 52 m2 + terrace 16 m2 and consists of: living room with kitchenette, bedroom and bathroom. New penthouse in Beausoleil in Monaco Plaza New three-storey penthouse for sale in Beausoleil with panoramic views of Monaco and the sea. The apartment consists of: a spacious living room with a kitchen and access to... Apartments for sale in the new complex "Monaco Plaza" Penthouse for sale in Beausoleil with a pool of 138 m2 located on three floors. Apartment within walking distance to the Principality of Monaco with panoramic sea... Apartment 100 m2 with terrace in Beausoleil

Beausoleil new apartment with sea views For sale new apartment of 100 m2 with balconies of 20 m2 in Beausoleil, overlooking Monaco. The apartment consists of a living room with a kitchen and a terrace, three bedrooms,... Beausoleil new apartment with sea views For sale new apartment of 63 m2 with a spacious terrace of 35 m2 in Beausoleil, overlooking Monaco. The apartment consists of a living room with a kitchen and access to the terrace,... Beausoleil apartment with sea view For sale a new 53 m2 apartment with a spacious 35 m2 terrace in Beausoleil, overlooking Monaco. The apartment consists of a living room with a kitchen and access to the terrace, a bedroom,... Beausoleil apartment with sea view For sale new apartment of 70 m2 with a spacious terrace of 150 m2 in Beausoleil, overlooking Monaco. The apartment consists of a hall with access to the terrace, two bedrooms, two bathrooms. For sale in Beausoleil two-room apartment

New apartment for sale in Beausoleil Apartment in Beausoleil of approximately 45 m2 with terrace in a new residence, near Monaco. The apartment consists of: a living room with kitchen, a bedroom, a bathroom. There is... Apartments in Beausoleil 3-room apartment for sale with an area of about 60 square meters. m., in the new modern residence Essenciel with panoramic sea views. The residence has a heated pool, a landscaped park with Mediterranean... 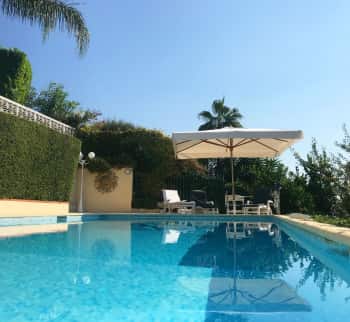 Real estate in Beausoleil near Monaco

Villa in Beausoleil with a garden and a swimming pool ❤️ A VERY interesting option we came across in Beausoleil, which borders the Principality of Monaco. The villa of about 400 m2 is made wisely for a large family. These...

Apartments with sea and Beausoleil views

Penthouse in Beausoleil near Monaco

Apartments on the French Riviera in Beausoleil, 40 meters from Monaco For those who want to settle in Monaco, but do not want to pay a high price, we offer to buy beautiful large apartments 40 meters from the Monaco border,...