Savona is the largest port in Liguria and at the same time the capital of the province of the same name. This is a magnificent port city, famous for its rich history, traces of which can be seen in the city at every turn. Suffice it to mention that the first settlements on the site of Savona already existed in the middle of the Bronze Age, as evidenced by the ancient cave drawings in the cave of Toirano.

In the city today, the Genoese fortress, the construction of which dates back to the 16th century, medieval towers, the cathedral of the turn of the 16th-17th centuries, the church with the altar of Vincenzo Foppa, as well as the large sanctuary of the Virgin Mary, which was built on the site of her appearance to the shepherd in 1536, has been preserved in excellent condition. All this will be very interesting for all lovers of history.

Savona is currently home to about 60,000 people, making it the largest city in the province, and tourism and the port are the main sources of income for the city today.

So, for example, it is Savona that is the main transport point for Mediterranean ferries, as well as the start for cruises organized by the well-known Costa company. There is everything you need in the city and for tourists. So, they have at their disposal a magnificent coastal area, which is simply flooded with palm trees. In addition, there are a number of nature reserves near Savona, among which are the marine reserve in the Gulf of Genoa, the Parco del Beigua reserve, Loanese, Alpi del Savonese and so on.

However, the main value of Savona is the magnificent Mediterranean Sea, which is a symbol of romance. Such a romantic aura could not but attract not only numerous tourists from different parts of our planet. At the same time, many of the tourists then again and again come to Savona, being fascinated by its magnificent atmosphere and aura. Moreover, many people here buy real estate, which is not only successfully rented out, steadily bringing profit to its owner, but also becomes a real second home, which is always warm, cozy and good.

Such a desire could not be ignored by construction companies, which today offer a wide range of real estate, among which you can always choose the most suitable option. If you decide to buy a home on the Ligurian coast, then our company will be able to help you with this. We offer a wide range of properties for sale, and extensive experience in concluding such transactions will allow us to do everything in the shortest possible time and in full compliance with Italian law. 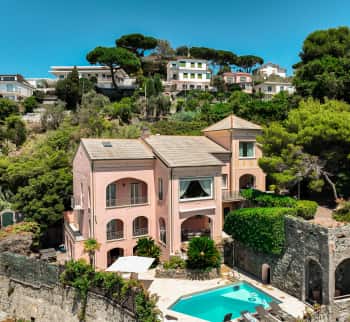