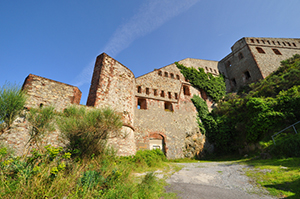 The Italian land boasts not only delicious national cuisine, but also the world-famous resorts of Vernazza, Castiglion della Pascay, Riomaggiore, other small islands and beaches with warm golden sand. In addition, Italy is famous for its rapidly developing industrial economy. One of the small towns where most of the industrial activity is concentrated is Vado Ligure. This is a kind of commune, located in the region of Liguria and subordinate to the administrative center of Savona.

In terms of area, this settlement covers 23 km? and has approximately 9 thousand people under its patronage. Vado Ligure can rightfully be considered an industrial city, because it is here that a large oil port is located, which provides work for local residents. Also, the commune of Vado Ligure included in its arms a museum with a mysterious history and a rich archaeological collection, an art gallery in the Palazzo Pozzobonello, as well as the Cathedral of St. Mary of Assunta.

The remarkable beauties of the Italian town attract the attention of scientists and inquisitive people from all over the world. Here you can see a large flow of vacationing tourists, because the commune has a favorable location on the Gulf of Genoa. A favorable mild climate, rich vegetation, magnificent architecture and cozy streets for romantic walks delight the eye and soul of not only vacationers, but also the indigenous people of Vado Ligure. The city has received its full development and transport links. From here you can get by bus to almost any region of Italy. A lot of entertainment and cultural events are provided for guests and residents of the city.

Vado Ligure is famous for its lull of cozy cafes, restaurants and famous pizzerias. Vacationers and residents of Vado Ligure can afford to taste the most delicate pizza from Italian chefs and drink a glass of aged wine at an affordable price. The commune of Vado Ligure, a real estate thriving in full swing, offers to purchase your own home within its territory. Here you can find a large selection of luxurious wooden houses and spacious apartments in new buildings.

Construction and real estate in Vado Ligure go hand in hand, so Liguria and its famous region are developing and delighting their inhabitants with a favorable Italian climate, attractions and a high standard of living.

Apartments near the sea in Vado Ligure

Apartments in Vado Ligure on the sea Buy apartments a few steps from the sea and the city center in Vado Ligure, province of Savona, Liguria region. Apartments are 100 square meters. m, on the second floor of the house,...